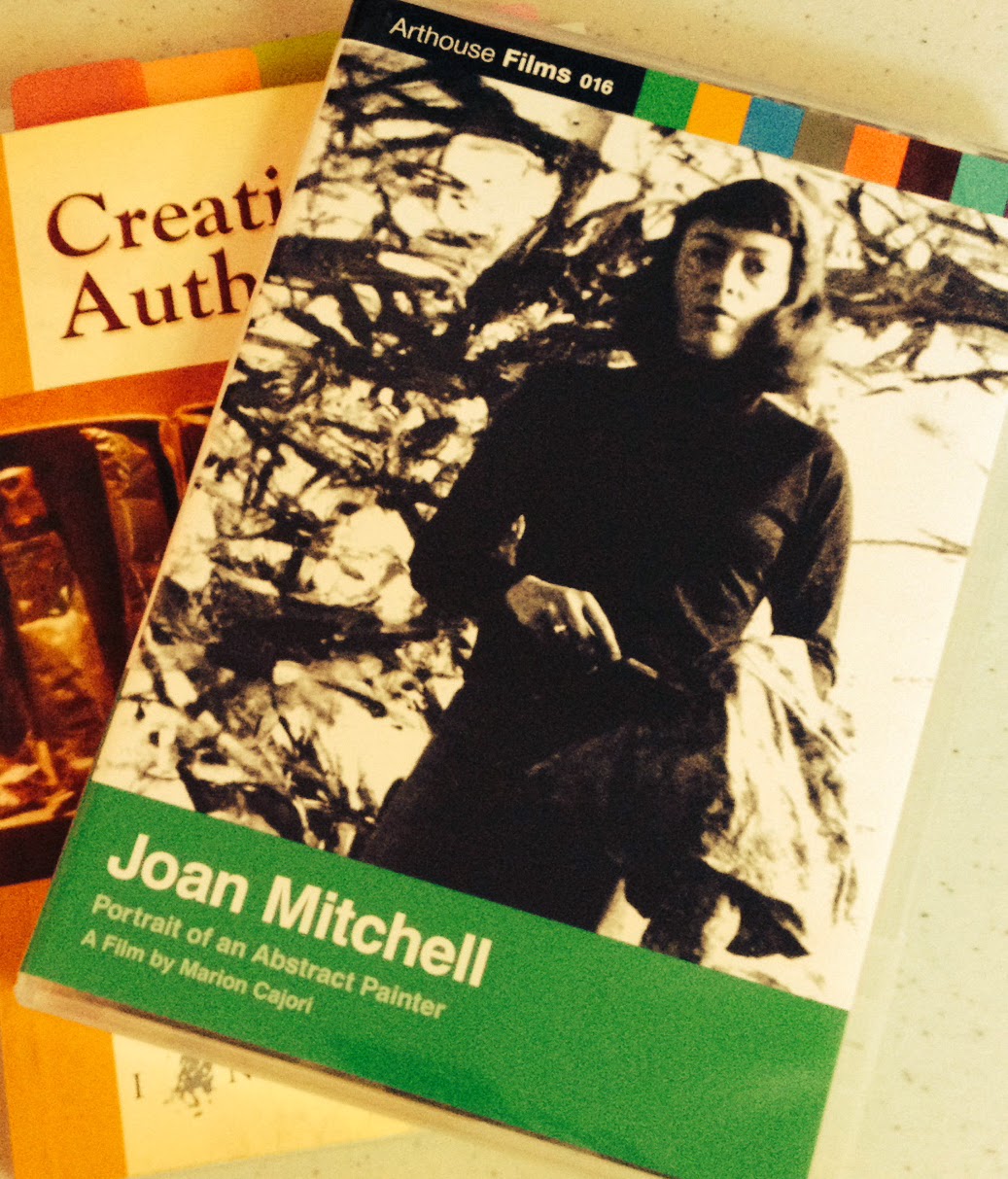 Sixty-seven years young,
only four years older than me.
Sobering.

Joan Mitchell, abstract painter, died of lung cancer at the age of 67, October 1992, in a hospital in Paris, France.

She was born in Chicago, February 1925. Her mother, Marion Strobel Mitchell, was a lyric poet and co-editior of Poetry magazine. Because of her mother's passion, Mitchell was introduced to poetry and literature at an early age and met many writers including Dylan Thomas, Edna St. Vincent Millay and Thornton Wilder. These influences would find their way into her later paintings.

She was a contemproary of de Kooning, Motherwell, Helen Frankenthaler, (Motherwell's second wife), Reinhardt, Rothko and Jackson Pollock. Her studio was in the same New York neighborhood as many of the early abstract artists.

She quips Ad Reinhardt would see her out early in the morning and demand, "Mitchell, why are you not in your studio, painting!"

The atmosphere had to be charged with electrical creativity. These new painters, shrugged off the mantle of realistic scene painting and bravely took up their "weapons of pure imagination"*  attacking their canvases with a vigor of originality that cried out from the depths of their souls.

Watching this documentary film about Joan Mitchell, it struck me how honest and humble she was about her process of painting. Almost opposite of Motherwell, who contemplated and intellectualized his work, she, at the other end of the spectrum, said she didn't think while she painted. She just was.

Mitchell couldn't, or rather wouldn't, articulate and speculate where her art came from. She believed once you started the "blah, blah, blah" of your work, you had lost the essence of what was happening on the canvas.

She responded to her environment and what she saw around her and looking at her work, it's more like poetry on a canvas.

Stepping into our destiny 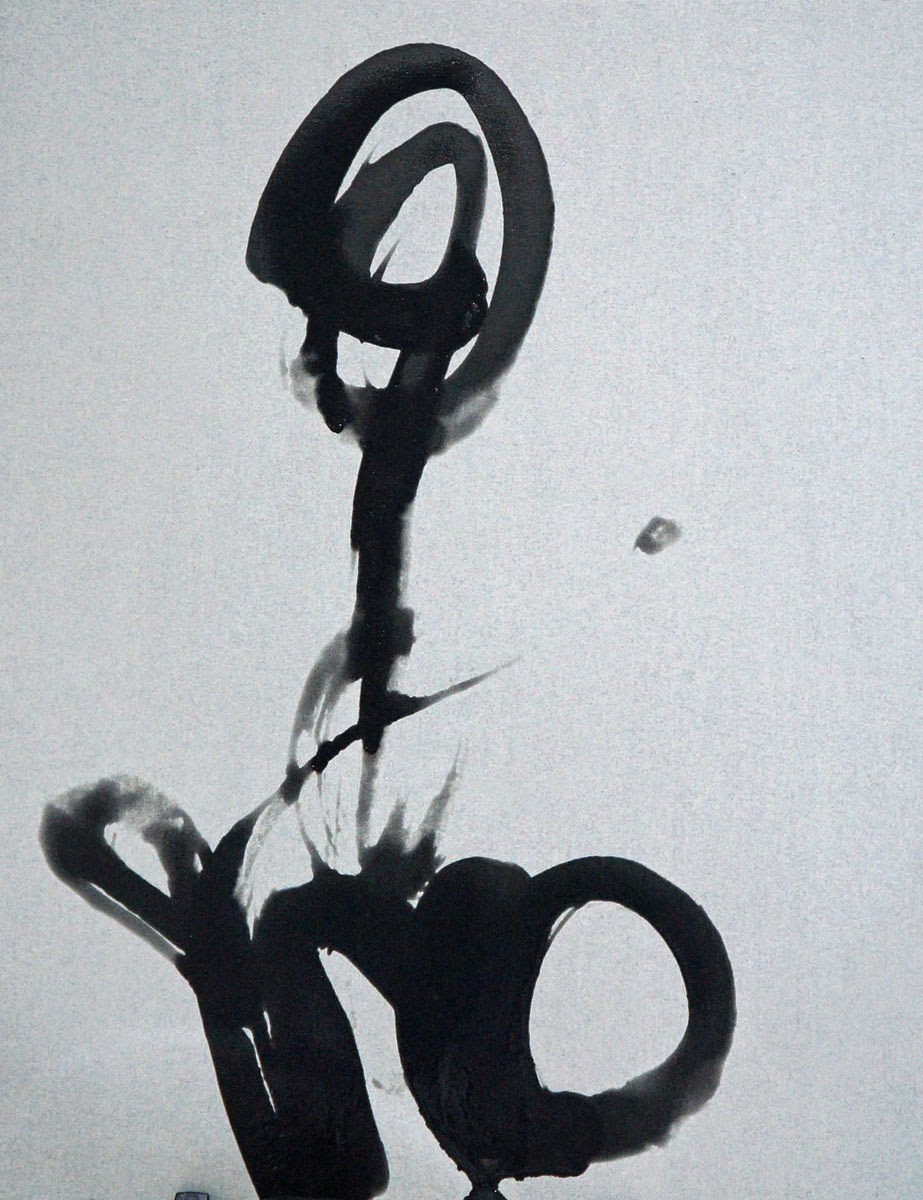 It stands in need of you in order to be born. Martin Buber

In my late teens I had a clear vision I was put here on earth to do more than simply "exist." It was a powerful moment as I realized my life was not small.

With thoughts of infinity messing up my adolescent mind, it was easy to fall into a crushing void, because the Universe was beyond my finite comprehension. So that moment gave me a glimpse of a future filled with immense opportunity.

Today I wonder, if we all don't, at some point, have that whispered into our consciousness, but since our survival as a species demands, on a very subterranean level, that we survive by being part of a group, we fear stepping outside that circle of approval and instead "lead lives of quiet desperation*".

There is a  theory our destiny, our highest Self, is created the moment we are born, and wants to be realized but can only do so through our human cooperation.

*Henry David Thoreau
Posted by Eve at 6:21 AM No comments: