This IS Who We Are 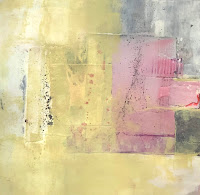 On the morning news, historian and author Jon Meacham, commenting on the brutal and tragic  killing of George Floyd, observed we should stop saying “this is not who we are” and move the conversation closer to the truth by admitting,  “Yes, this IS who we are.” Now we need to decide, “Is this who we want to be?”

The first slave ship arrived on American soil in 1619.

This country has always been controlled by white men, writing a segment of ugly history. Forcing slavery for free labor, nearly eradicating the indigenous Indians to steal the land they lived on and honored as belonging to no one, but the Land itself and consistently writing women out of history.

Even benign white men follow blindly down this historical path of inequity.

A few years ago, I read Art & Physics, a fascinating, well researched book by acclaimed author, Leonard Shlain. The book was inspired by his twelve-year-old daughter whom he had taken to see an exhibit of modern art at the MOMA in New York City. When she asked him what the paintings meant, he didn’t have an answer. Being a curious fellow, he began researching our attraction to non-representational art and ended up writing a book about artists and how they have foreshadowed the discoveries of scientists, beginning with the Age of Enlightenment.

It wasn’t until I was almost finished with this 480-page book, that I realized he had not mentioned one woman: not one woman artist, not one woman scientist. As a dedicated researcher, that he only focused on men was almost breathtaking. And the irony, it was his daughter’s question that set him down the path. His book received many praised reviews, no one noticed that women were not even a part of the story.

I was born in Wiesbaden, Germany 69 years ago. We immigrated to the United States when I was nine. I don’t remember being taught any in-depth American history about slavery. It was pretty much glossed over; it happened, the Civil War fixed it, now we are all equal. Only we are not.

Women did not get the right to vote nationally until 1920. And today, 100 years! later, we still have not elected a woman President or Vice-President.

The Civil Rights Amendment was passed in 1964 and yet, this establishment continues to be tightly held in the clenched fists of old white men. It is an untenable stranglehold.

I don’t have the answers, and I don’t like what I see. It puzzles me, it scares me, it shames me and it hurts my heart.

But I believe we are becoming more awakened. As reprehensible as our current President is, we should thank him, for he has unmasked the ugly side of America; out of the dark will come the light.

We should honor Breonna Taylor, George Floyd, and all those who were killed before them, as they have become Angels of Change.

I think Jon Meacham’s honest assessment and question are a lighthouse of hope and enlightenment; to paraphrase Mr. Meacham, this is who we are, now we need to decide, who do we want to become?